It was in 1965 that Herbert Breslin, the New York public relations specialist, insisted on being Alicia's agent in the U.S. and offered her a contract with Columbia Artist, with several concerts to begin with. Since then, she was asked to give 3 concert tours in America every year, until 2003, the year of her retirement from the stage.
De Larrocha has performed in the most prestigious festivals throughout the world, with great orchestras and world famous conductors. She also performed chamber music.
On the lyrical side, de Larrocha collaborated in numerous occasions with singers such as Conchita Badía, Victoria de los Ángeles, Pilar Lorengar, Montserrat Caballé and Josep Carreras, with whom she maintained great friendships. She also collaborated with chamber music groups such as the Guarneri String Quartet, or the Tokyo String Quartet.

In June 14th, 1968, while opening the door of a taxi in Montreal, she suffered a serious injury to the phalanx of the thumb of her right hand, fearing that this would mean the end of her career as a pianist. As she pressed on the door handle, her bone, which unknowingly was already in a bad state, desintegrated. Thanks to a difficult but successful surgery by prestigious Dr. Trueta in Barcelona, Alicia could miraculously continue her artistic career as a concertist after a 5 month recovery. She used that time to study pieces for the left hand, to incorporate them into her already extense repertoire. The first recital she gave after the operation was dedicated to Dr. Trueta , on January 24th, 1969, in appreciation for being able to continue to play the piano.

In 1979, Alicia De Larrocha celebrated the 50th anniversary of her first public appearance, by playing, for 3 consecutive days, the 5 Beethoven concerts with the Pittsburgh Symphony Orquestra, under the direction of Andre Pevin, in the city of Pittsburgh (Pennsylvania) and also in New York.

De Larrocha always had the help and support of her husband, Juan Torra (1920-1982), who gave up his career as a pianist to manage the Marshall Academy and to care for their two children: Juan Francisco (1957) and Alicia (1959). He also made contacts with agents to help elaborate programs and overall, take care of everything that would ease the nomad life of such a great artist. 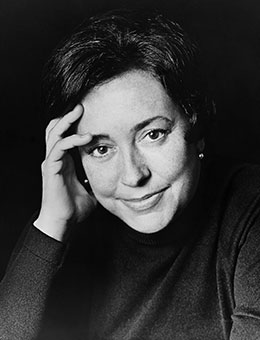